The Best VPNs for Online Gaming of 2020 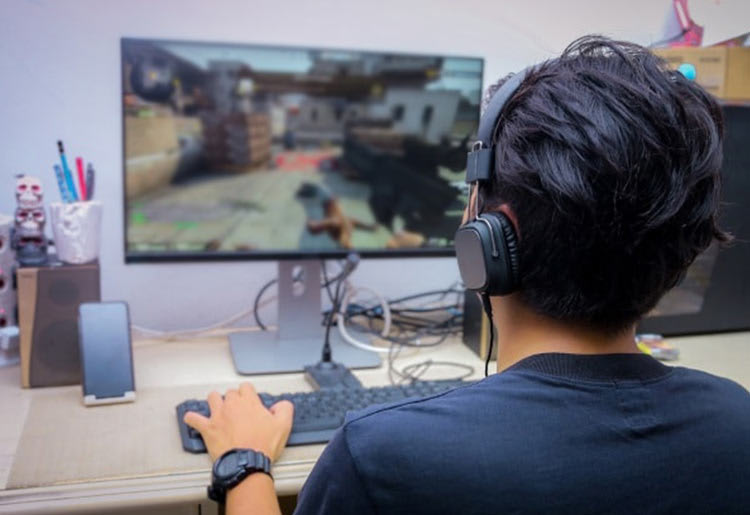 Chinese censorship laws changed recently—learn what they mean for you right now and why you need a VPN to bypass the laws.

Whether you’re an avid online gamer or just play once in awhile, you should be using a VPN. A virtual private network - or VPN - has several benefits, least of which is the peace of mind that comes with knowing your most sensitive data is protected.

That said, not just any VPN will do. You probably know that online games use up a lot of bandwidth; and a fast and stable connection is essential if you want to make the get the most out of your action-packed battles.

So what should you look for in a VPN for online games? And which is the best VPN for gaming on the market today?

Why Do I Need a VPN for Online Games?

There are three main reasons you should use a VPN for online gaming: 1) security; 2) performance; and 3) to bypass geographic restrictions.

VPN for Gaming and Security

Most online games these days work on a subscription model. You need to create an online account, join or be a member of an online community or otherwise provide some form of online verification. Whichever the case, you’ll have to provide sensitive data, including your credit card details, in order to play.

Unfortunately, online gaming accounts are appealing to cyber criminals. Not only do they contain financial and other personal information, they’re also relatively easy to hack. Throw in an unsecured WiFi connection; and it’s almost as if you’re opening the door and inviting them in.

A VPN encrypts your data and passes it through a secure private server. This makes it much harder for hackers to gain access. It also shields you from DDoS (distributed denial of service) attacks.

A slow connection not only makes gameplay incredibly frustrating, it can also be the difference between completing a mission successfully or not.

In the past, online gamers avoided VPNs precisely because of the adverse effect they could have on performance. However, these days, VPNs have improved by leaps and bounds. Many VPNs now have features specifically designed to improve your connection’s speed and overall performance.

Using a VPN can significantly enhance gameplay. In particular, switching to a server that’s closer to the game’s main server decreases the amount of time needed for data transfers, which minimizes lag and other speed issues.

Some VPNs also have features designed to bypass your internet service provider’s speed restrictions. This ensures your online gaming experience remains smooth, irrespective of how much bandwidth you’re using.

Many online games have geo-restricted features, which means you can only access them if you live in a certain location. Some games (Battlefield 4, for instance) are even banned completely in some countries.

A good VPN allows you to bypass these restrictions by switching to a server in a different country. You can also get additional benefits, including early bird access to new features that are as yet unavailable where you live.

What Should I Look for In a VPN for Gaming?

There are three features you should consider above all else in a VPN for online gaming: 1) security; 2) speed and reliability; and 3) the number of servers.

The best VPNs for online games have strong security features which shield your sensitive information and protect you from hacking attempts. In particular, you should look out for the following:

For starters, you’ll want unlimited bandwidth and no speed caps. Online gaming uses up a lot of bandwidth, so VPNs with speed and bandwidth caps or traffic management policies just won’t cut it. You’ll also want a VPN whose servers guarantee at least 99.99% uptime. This greatly reduces the chances of the server crashing during a crucial section of gameplay.

The more servers available in different countries, the greater your geo-unblocking options. It also makes it easier for you to shorten the distance between your location and the game’s main server, which reduces lag and other connection problems.

The 5 Best VPNs for Online Gaming

OK. It’s crunch time! Now that you know why you need a VPN for gaming and which features to look out for, it’s time to have a look at our top picks. Here’s our list of the top five VPNs and why we think they’re the best VPN for gaming.

ExpressVPN is an ideal choice for gamers; and here’s why:

With 800 servers across the globe, P2P-friendly features, and unlimited device usage, Surfshark makes an argument for itself as a go-to for online gamers. Here are some top features:

PureVPN is another great choice for gamers. It boasts:

Surf the internet at blazing speeds with complete security.

CyberGhost has more than 1,300 servers worldwide and can be used on 5 devices at the same time. It also includes the following great online gaming features:

Up to 6 simultaneous connections - great for online gaming tournaments

Last but not least, here’s how NordVPN ensures a smooth online gaming experience:

Hotspot Shield: Speed, speed, speed. Notorious for its swift, reliable performance, Hotspot Shield is another great choice for gamers who don’t want to miss a beat. Factor in unlimited bandwidth and a 3,200-plus server network, and you’ve got a dark-horse contender for anyone interested in fast, interruption-free online gaming.

VPNArea: What VPNArea as a company lacks in size it makes up for with the wealth of features on offer. As well as providing all major protocols and some of the best encryption methods in the industry it’s great value for money.

ZenMate: ZenMate is a lean, fast-performing VPN that won’t get in your way while you’re gaming. Easy to use, near-impossible to track, and seamless on multiple devices, ZenMate is a solid choice for security-conscious gamers.

VyprVPN: VyprVPN’s proprietary tech would be of interest to any serious online gamer. It features the Chameleon protocol, an advanced solution against DPIs and speed throttling, as well as DNS protection and a network of self-owned servers that together fortify users from any nefarious eyes and maintain speeds more than up to par with gaming needs.

UltraVPN: Another provider with a reputation for speed, UltraVPN has unlimited bandwidth and a no-throttling policy that will keep you from experiencing bogs or interruptions.

Still not sure which VPN to go for to make the most of your online gaming experience? Click here to read our in-depth expert reviews of the best VPNs on the market today.